So I finally got an electric car, thanks to Tiago, my friend and partner in crime, who had a wonderful ideia and encourage me to get hold of a piece of the future, a not that far ahead future it seems.

Disclaimer: we both got one, Renault Zoe’s, my 2nd favourite color for the car was sooner there. My first pick was red, a choice that would end my carrier as an exemplary husband in seconds. Tiago’s choice is dark gray.

Are electric cars a thing of the future?

Electric cars are no thing of the future. They’ve been around for some time already, but I don’t know if it is because of all the publicity Tesla is getting, or because there are much more brands making 100% electric cars, or if it is the fact that people from closer friendship circles are talking and getting themselves this cars. There is certainly a growing hype about this vehicles. More than you probably think!

So why are electric cars getting more popular?

Well, there is another subject that is trending, and that is autonomous vehicles. It’s going to happen, take note, but not to an extend where, as Mercedes tends to sell it, a vehicle where you turn your seat around and turn your back to the streets, it’s more like Nissan is doing it with an upcoming version of the Leaf in 2020, where it takes you from point A to point B 99% autonomously. All this is happening within electric cars for the big majority of cases.

So automation and electric car equals technology of the future?

See Tesla, they were the most popular ones providing driving aid with some level of automation. Volkswagen were the first ones parking their cars automatically. Geohot, the first being able to successfully crack (jailbreak) the iPhone, was assembling a system where the car was able to drive pretty much by itself. Technology is moving forward very fast. When you see what Apple is capable of doing with augmented reality, in real time, it’s no wonder how the 10-12 cameras in an prototype Nissan Leaf can read traffic lights, pedestrians, crossing bikers, barriers, and other day to day road obstacles. It is pretty impressive! Also, take note, Tim Cook says Apple is “very interested in autonomous systems”.

But how wide are electric cars spread?

An electric motor has a lot of power, it is energy efficient, it’s batteries can go a long distance already, they can charge very quickly, and if the energy they receive is created through a clean source of energy, such us 28% of the energy in Portugal is created, 17% average in European countries, then I think there’s only so many oil dependent countries that can do something about it. The shift is happening. Technology is here. The only thing missing is the buyers trust.

According to this Fully Charged video with Roger Atkins, China is investing a lot of money in creating electric vehicles, and sees more business opportunities in this type of transportation than in thermal vehicles. China is already mass producing batteries and electric cars, for me this was a complete surprise, see it for yourself. It is not a situation where the brand gets its bucks from repairing vehicles anymore, it’s about giving them electric cars and charging for the energy. It’s a long term deal, a more profitable one, so they say.

And in Europe, what can we except to happen?

If that wouldn’t be enough, take this into consideration: Germany is prohibiting thermal cars production starting 2030, Volvo is stopping their diesel motor production this year, expects to have its offer on 100% electric cars expanded in the coming 3 years, 29% of Finland’s automobiles are 100% electric already, being it the biggest marketshare holder in the world.

So to sum up

It is clear that the future lies within the electric motor, be it a car, a motorcycle, a bike , train, or even skates, whatever means of transportation. Electric is the future, and we citizens of Portugal, have a privileged country regarding clean energy production and geographic location. Autonomous vehicles are here coming, 2020 will be the year of technology driving cars and making everyone’s life easier. Now mix that with augmented reality and machine learning algorithms. Exciting times are coming!

Elon Musk is right, artificial intelligence is not that far away and could be potentially dangerous. But at the end of the day, it will be us, the consumer, having benefited from technology.

Love to talk more about this particular theme or any other with me? Contact me! 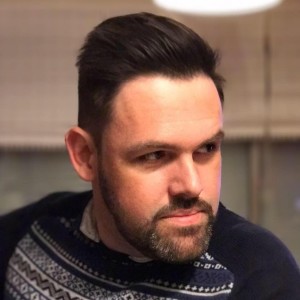